There was a moment in a James Bond film where "Q" tells the famous agent to "always have a backup plan." Rather less dramatically, this is the advice for HNW and ultra-HNW Americans from an advisor on immigration, tax affairs and citizenship/residence-by-investment programs.

This news service reported on how former Google head, Eric Schmidt, had acquired a “golden visa” offered by Cyprus, one of many jurisdictions offering citizenship/residency-by-investment programs. The circumstances are controversial because Cyprus’s program has been recently suspended following a political scandal. These visa programs have been attacked for enabling money laundering although industry figures contest such claims. Dozens of jurisdictions, such as Malta, Spain, Grenada, Mauritius, the UK and even the US offer versions of these arrangements.

Geopolitical instability in certain parts of the world is a driver for such programs, as seen for example in the case of China and its national security law in Hong Kong or the woes of certain Middle East states. They are also a reflection of globalization - how people, not just the super-rich, can enjoy an increasingly international lifestyle with properties and business interests that straddle national borders. These programs are therefore important subjects for private client advisors to understand.

To discuss this area is David Lesperance, founder and principal of Lesperance & Associates. The firm advises on tax, immigration and related issues. The editors of this news service are pleased to share these views. Do please jump into the conversation. The usual editorial disclaimers apply to views of outside contributors. Email tom.burroughes@wealthbriefing.com and jackie.bennion@clearviewpublishing.com

A business truism is to always look at what the smartest people in the room are doing. Unfortunately, in the area of international financial and personal planning, this group takes great pains to make sure that their steps remain hidden. However, on occasion we do catch a passing glimpse.

This past week one such glimpse occurred when it was inadvertently uncovered that Eric Schmidt, the former head of Google, is acquiring Cypriot citizenship. Similar rare revelations occurred in the past when France’s richest man Bernard Arnault and Silicon Valley super investor Peter Thiel were discovered to have acquired second citizenships for themselves and their families. These businesspeople, and the many others whose planning remains hidden, view the acquisition of a second citizenship as a key part of a backup plan to protect their family’s wealth and well-being.

Wealthy families in places such as China, Russia and the Middle East have long understood that the possession of a properly designed backup plan was simply prudent in their inherently unstable worlds. A more recent phenomena is that many of America’s wealthy are also realizing that their own future may be under threat.

The unrelenting and accelerating impact of COVID-19 has laid bare the deep divisions in American society and politics. The resulting economic impact has bred massive temporary and permanent unemployment, an enormous deficit and an increasing demonization of those who provided the goods and services that were critical to survival throughout the pandemic. Ironically, many of those relying on Amazon or Zoom are the ones who now call their founders “Pandemic Pirates”.

Many articles about Schmidt offer as reasons the ability to skirt travel restrictions on US passport holders; fleeing increasing US civil unrest…and finally, tax considerations. Over my past three decades of assisting wealthy American and international families acquire effective backup plans, I can attest that these different reasons come up continually. In my view, they underscore the reality that there are often multiple motives driving the desire to acquire a backup plan.

Recently I made the observation that behind the record number of US renunciations of citizenship was the reality that for each person who has achieved this step there are probably ten wealthy American families who are in the process of acquiring backup plans. Along with the revelation of Schmidt acquiring a Cypriot Citizenship by Investment, there are numerous reports of record numbers of Americans acquiring second citizenships through family or religious ties. There are also record numbers of wealthy Americans looking into buying second residences in countries such as New Zealand and Canada.

The presence of the “push factors” mentioned above, along with adjusting to COVID-19 realities of “working or studying from anywhere,” have together caused wealthy Americans to realize that they can reproduce their personal and business lives in many locations. They also realize that if they decide to take the ultimate step of leaving the US, they can still access American benefits, such as the stock market, without the burden of being US taxpayers.

Unfortunately, what many wealthy Americans and their advisors do not realize is that for a backup plan to be useful, effective and “livable,” it must be designed, constructed and maintained properly. Much of the “free” information on the internet is placed there by commission-driven salespeople, and only focuses on immediate needs such as the cost of acquisition of a given status. Core critical concerns such as the usefulness for US tax reduction, the cost of maintaining the status required (in taxation and physical presence), dual citizenship, language requirements and potential military service for children are not covered. Indeed most of the time they are not even mentioned because discussion of such downsides or added costs might discourage a potential buyer. As a result, these considerations are avoided at all costs by the salespeople.

When contemplating the idea of a backup plan, wealthy Americans and their advisors should draw a parallel between protecting family wealth and well-being and protecting themselves from a wildfire. Professional advice should be sought on:

a) Fire Prevention: Techniques might include moving from a high to low tax state; gifting; tax harvesting or estate freezes;
b) Fire Insurance: This would include a portfolio of alternative citizenships and residences that not only makes sense financially, but which can also be sold “at the breakfast table” to all the family members;
c) Fire Escape Plan: When the “wildfire” is too close for comfort, then a pre-designed plan should be in place to avoid the devastating impact on the family’s wealth and well-being. The ideal plan should have minimal impact on the family while being tax and asset-protection efficient in its execution.

In closing, wealthy American families should join the wave of their peers who are following the example set by Schmidt, Thiel and Arnault and explore the safety net offered by a backup plan. As with all complex strategies, the keys to success are proper design and solid execution that achieve the unique goals and risks of the family’s particular situation. Failure to create an effective backup plan will not only result in waste and overspending, but could also create a false sense of security that the family is protected in the event that the wildfire ever comes too close. 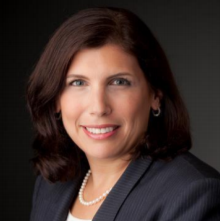