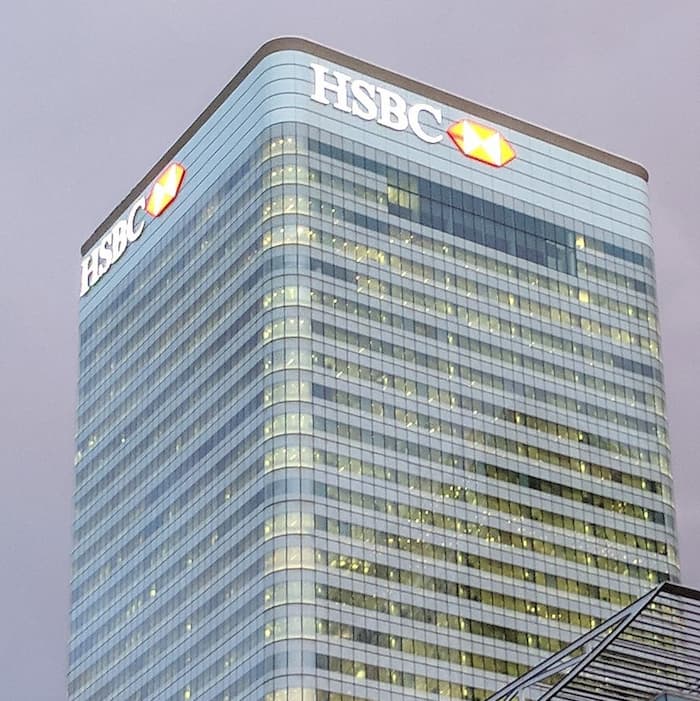 An impairment linked to an agreed sale of a retail banking operation affected the bottom-line result. More positively, net interest income rose, driven by rising interest rates. A similar pattern has been seen at a number of US banks in their Q3 results. Â Â  Â

HSBC has reported after-tax profit of $2.6 billion in the three months to end-September, falling by $1.7 billion from a year earlier.

The UK/Hong Kong-listed bank, which also operates in North America and Latin America, said its third-quarter results included an impairment of $2.4 billion following the reclassification of its retail banking operations in France to "held for sale," as well as a net charge for expected credit losses and other credit impairment charges, compared with a net release in Q3 2021.

When broken down by region, the bank said its North America pre-tax profit rose to $460 million in Q3, from $358 million a year earlier.

Adjusted profit before tax increased from $1.0 billion to $6.5 billion. There was continued âstrong growthâ in net interest income, the bank said.

HSBC has upgraded its net interest income guidance for 2022 to $32 billion, based on the current market consensus for global central bank rates. In 2023, it expected net interest income of at least $36 billion, with the cut from the at least $37 billion guidance provided at its interim results reflecting the impact of sterling depreciation against the US dollar and a higher cost of funding in its trading book.

Reported revenue fell by 3 per cent to $11.6 billion, reflecting an impairment on the planned disposal of its retail banking operations in France, as well as adverse foreign currency translation impacts of $1.0 billion.

The lender said it had a Common Equity Tier 1 (CET1) capital ratio of 13.4 per cent â a standard measure of a bankâs capital âbufferâ â a slip of 0.2 percentage points from June this year.

"We maintained our strong momentum in the third quarter and delivered a good set of results. Our strategy produced good organic growth in all three global businesses, and net interest income increased on the back of rising interest rates,â Noel Quinn, chairman and chief executive, said. âWe retained a tight grip on costs, despite inflationary pressures, and remain on track to achieve our cost targets for 2022 and 2023. We are focused on executing our plans and delivering our returns target of at least 12 per cent from 2023 onwards and, as a result, higher distributions to our shareholders."

Looking at the interest rate environment, HSBC said: âWe continue to monitor the expected path of interest rates. This is expected to be supported by low single-digit percentage lending growth. The impact of our growth and transformation programs, as well as the impact of higher global interest rates, mean we continue to target a return on average tangible equity of at least 12 per cent from 2023 onwards, and expect a dividend pay-out ratio of 50 per cent for 2023 and 2024.â

Wealth, personal banking
HSBC said its wealth and personal banking side â which includes its private banking arm â adjusted pre-tax profit was unchanged at $1.776 billion in the third quarter. In terms of adjusted revenue, the result rose slightly to $5.523 billion from $5.038 billion.

French disposal
Last September, HSBC Continental Europe agreed with Promontoria MMB, aka Money Group, and its subsidiary Banque des CaraÃ¯bes, to sell HSBCâs retail banking business in France. The sale is subject to regulatory clearance. HSBC said it expects to complete the deal in the second half of 2023.

The disposal group was classified under reporting standards as âheld for saleâ on September 30, 2022, at which point HSBC recognized the estimated impairment of $2.4 billion, which included impairment of goodwill of $400 million and related transaction costs.