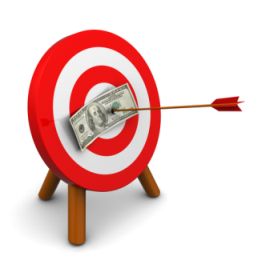 In the first half of this feature, the author looks at how foundations handle the discipline of "impact investing" â an area that can be conflated with philanthropy, although it refers to a subtly different activity.

Jeffrey Haskell, chief legal officer for Foundation Source, which supports private foundations, talks about how these entities should address impact investing. This is the first of a two-part feature. The editors are pleased to share these views and invite readers to jump into the debate. The usual editorial disclaimers apply. Email tom.burroughes@wealthbriefing.com

Private foundations offer nearly limitless options for charitable giving. Beyond grantmaking, they can align their investment portfolios with their philanthropic missions so that both pools of assets are working to effect positive change in the world. In other words, they can engage in impact investing, a widely popular investment strategy that aims to generate a positive social or environmental impact in addition to providing a financial return. This two-part article presents four distinct approaches to the strategy.

Letâs say you have a private foundation client dedicated to eradicating childhood asthma in their home state. One day, they hear a news report about an aging coal-fired power plant where the sulfur dioxide emissions are so bad as to be implicated in the high incidence of childhood asthma in the neighboring towns.

A week later theyâre reviewing the foundationâs investment portfolio with you and realize they own a good chunk of shares in the very same energy company that owns the power plant. In fact, the dollar amount of the companyâs stock in your clientâs investment portfolio is almost equal to the dollar amount your client is putting into eradicating childhood asthma.

Moral dilemma: What to do?
Itâs a common conundrum for private foundations:  Many foundations that are established to solve societyâs most pernicious problems have investments as their lifeblood. Their assets need to be invested in profitable businesses in order to sustain operations and grow. So what happens when a foundationâs mission is directly contradicted by its own investments? What if the very ills a foundation fights are exacerbated or even caused by the behavior of business entities found in its own portfolio?

It can sometimes seem as though the foundationâs assets and its grantmaking programs are in direct opposition to each other or at the very least, failing to work together to accomplish a charitable mission. And since many foundations invest 95 per cent of their assets while distributing about 5 per cent for charitable purposes, itâs even conceivable that the damage done by the investments exceeds the good accomplished by the distributions!

Over the last decade, more foundations have been attempting to address this issue and get all of their horses pulling in the same direction. These foundations want their investments to enhance their philanthropic efforts or at least not run counter to them. If their 5 per cent for their minimum charitable distribution requirements are regarded as the âdo goodâ portion of their foundations, the goal for the other 95 per cent might at least be conceived as âdo no harm.â Hence, their adoption of âimpact investing,â a widely popular investment strategy that aims to generate a positive social or environmental impact in addition to providing a financial return.

Growth of the impact investing sector has exploded in the last 10 years. The International Finance Corporation (IFC) reports that $2.3 trillion was invested for impact in 2020, which is equivalent to 2 per cent of global assets under management. And a Global Impact Investing Network (GIIN) study reveals a 42.4 per cent increase in the sector from 2019 to 2020. Impact investing is a broad tent as well; many different individuals, businesses and organizations claim a seat under its canopy, each employing different tools and approaches. As private foundations ideally aim for 100 per cent of their endowment assets and grant funds to serve the greater good, we examine four distinct approaches they can take for impact investing, ranging from fiscally conservative to financially risky:

Community investing: A âSafeâ introduction
One of the easiest ways for private foundations to dip a toe into impact investing waters is by simply moving their money from a traditional bank to a community development financial institution (CDFI) such as a community bank or community credit union. These financial institutions are common throughout the US, and you might have heard of them without realizing that they have a social mission tied to their financial products.

CDFIs are government regulated and government insured, just like other financial institutions. They offer checking and savings accounts, money market accounts, certificates of deposit, and all the other usual services youâd expect from a traditional bank. They provide market-rate (or very close to market-rate) interest to depositors and from a consumerâs perspective, are comparable to commercial banking institutions, albeit with a less extensive network of ATMs.

The real difference between traditional banks and community banks is what they do with the money on deposit. Rather than lend it to large corporations outside the local vicinity, community banks invest it locally through loans for affordable housing projects, home mortgages in low-income areas, and new businesses. Many low-income neighborhoods have benefited from CDFIs that use their deposits to build that same community, rather than siphoning funds out for the benefit of outside parties. (1) The Calvert Foundation, for example, directed Calvert Community Investment (CCI) notes to help rebuild communities in the Gulf Coast region devastated by Hurricanes Katrina and Rita. These same notes offer investors a range of terms, including interest rates that vary up to 2 per cent payable at maturity.

Community investing can be a relatively low-risk cash management strategy, an easy way for a foundation or philanthropic individual to put more financial assets in the service of a charitable mission. To look for a CDFI in your clientsâ communities, go to www.cdfifund.gov for a listing of CDFIs by city and state.