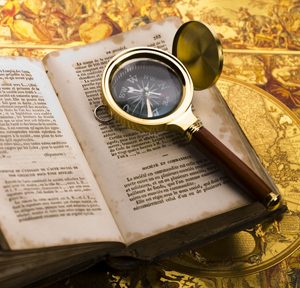 This second half of a two-part article examines ways of transferring art without actually selling it, in order to reduce tax liabilities and retain art within a family or some kind of structure enduring beyond the owner's death. The article is part of a series on fine art being published this month.

The first half of this article, published here, discusses the options available to a collector or artist in disposing of collectibles: The collector can (i) monetize the collection by selling it; (ii) gift it to family or friends during oneâs lifetime or as an inheritance at death; or (iii) donate it to charity.

Operating foundation
An operating foundation directly operates its own charitable activities (rather than making grants to nonprofits) and must be significantly involved in its own projects in a continuing and sustaining fashion. (Examples might include the operation of a museum, zoo, library, or research facility.)

The foundation can then lend the art to a museum or university (as opposed to gifting it outright), which ensures that it wonât be sold or warehoused. And when art is exhibited at a prestigious museum or institution, it benefits from that institutionâs reputation and cachet, which may have the effect of increasing the perceived quality and monetary value of the collection should the foundation one day decide to sell it. If the donor wants to exert even more control over the art (or if prestigious institutions arenât clamoring to borrow it), the foundation itself can choose to display the artâeither in a by-appointment private gallery or in a privately funded museum that is open to the general public. Art owned by the foundation cannot, however, be displayed privately in the home or on the property of a disqualified person (2) as this is a disallowed personal benefit (âself-dealingâ). Instead, the foundationâs art must be housed in a space thatâs allocated specifically for that purpose.

Considerations
An operating foundation can be used to run a private gallery or museum, enabling the donor to retain full control over how the collection is displayed and presented. However, to ensure that operating foundations are adequately engaged in directly carrying out their charitable activities, each year, they are required to spend the major portion of their net investment income (85 per cent) directly on the active conduct of their charitable operations (direct charitable expenditures).

If the foundationâs charitable purpose is to share its collection with the public, and the donor puts it in a private gallery or museum, the public must have ready access. The foundationâs tax status can be imperiled by restrictive limitations, such as âby appointmentâ viewing, that severely limit that access. There can also be considerable costs associated with this approach. Every expense, whether itâs related to maintaining a clean, safe, insured, and climate-controlled building, or hiring staff to care for the art, manage public relations, or admit museum-goers, must be borne by the operating foundation.

Philanthropic flexibility: Non-operating foundations arenât limited to a narrowly restricted purpose. This means that in addition to sharing a collection with the public, the foundation could support nonprofits relevant to its mission or fund unrelated charitable objectives. The foundation could make grants to nonprofits providing relief to hurricane victims, providing support to a community hospital, fund a pioneering STEM education program, build housing for the homeless, etc. The possibilities are almost limitless.

The Art Market: What Has Changed, What Should Stick

Managing the Family Art Collection As A Family Business