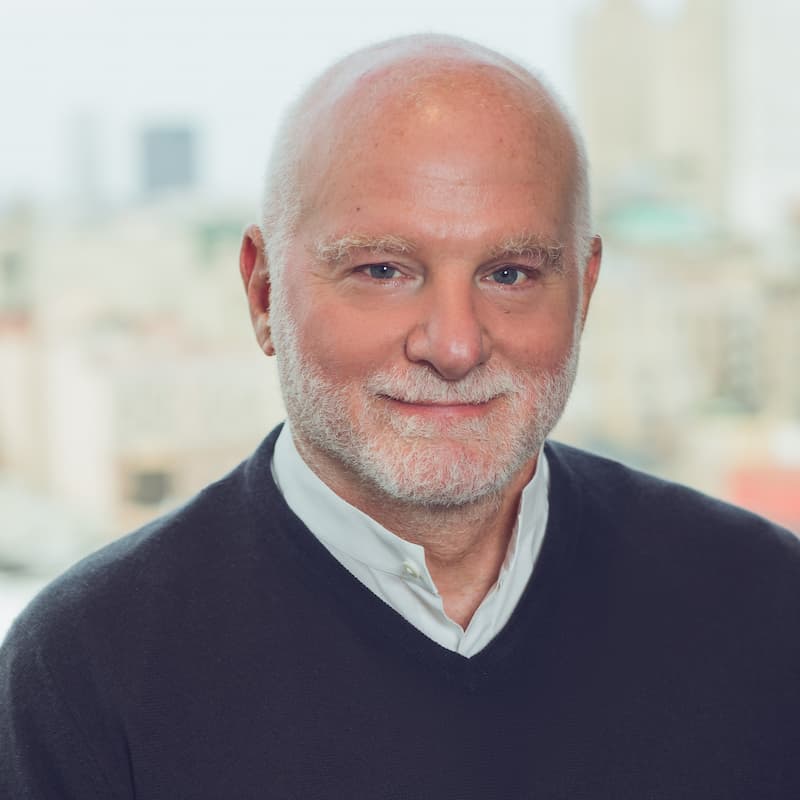 The author of this article, TIGER 21 founder and chairman Michael Sonnenfeldt, says that for people interested in preserving their wealth for generations, the "2 per cent rule" â along with a 12 per cent cash allocation â offers the ability to weather almost any storm. It also precludes untimely liquidations.

A basic requirement of any wealthy individual is protecting his or her wealth in real terms and, in an inflationary environment such as the present one, that becomes a challenge. And it can be a tough task when there is economic volatility to contend with, although volatility also creates opportunities. A man with experience in building wealth and talking to peers on what to do next is Michael W Sonnenfeldt (pictured, photo by Coco Jourdana), the founder and chairman of TIGER 21, the peer-to-peer network of wealthy individuals in the US. (See here for an earlier article about Sonnenfeldt and his views.)

The editorial team are pleased to share these insights and invite responses; the usual disclaimers apply to the views of outside contributors. Jump into the debate! Email tom.burroughes@wealthbriefing.com

If you ask any reasonably smart person who has inherited a million dollars how much they imagine they can spend every year â while preserving the principal â the answers you'll get will vary wildly.

For those interested in wealth preservation, a simple, unofficial rule in the TIGER 21 community answers this question easily.

The 2 per cent rule for wealth preservation
As the founder of TIGER 21, as well as a member, I've sat through many hundreds of Portfolio Defenses (PDs). This cornerstone of the TIGER 21 experience gives members the unique opportunity to gain both perspective and insight on their portfolio and investment decisions from a set of equally successful peers.

In short, those living on less than 2 per cent of their net worth each year are quite likely to be in a safe zone, while those living above 2 per cent could possibly be in a yellow zone.

Of course, there are endless variations on this concept. Those who have corporate pensions, those who are still operating businesses, and those who have other special arrangements that result in regular cash flow likely have the capacity to spend more than 2 per cent. However, for those individuals who simply have a pool of capital from which to invest and live from, living by that 2 per cent rule will generally leave enough money to pay taxes and cover inflation while preserving principal.

To return to that million-dollar example, I would guess that most people would not know that âonlyâ $20,000 is the prudent amount to spend each year. No doubt, many advisors will suggest that is overly conservative. Moreover, some adults will prefer to plan as if they will spend their last dollar on their date of death, so they are comfortable spending down their principal, but then comes the question of what one does if they live much longer than expected and long after their money runs out?  The bottom line is that the â2 per cent ruleâ is a simple, reliable, and sensible starting point, which packs a real punch for the uninitiated.

Does the 2 per cent rule change in different economic situations?
It would be hard not to suggest that the current moment is fraught with peril in ways that many of us have never experienced before. Between threats to democracy, the rise of significant wealth disparity, the climate crisis, and shifting geopolitics, there are many macro trends that TIGER 21 Members find deeply troubling or, at the least, concerning.

To give you a reading on our community, in our July 2022 Member Poll, only 6 per cent of TIGER 21 members expect the global economy to avoid recession. Over 90 per cent expect a recession lasting six months or more, and 32 per cent expect it to last longer than one year.

So, given the current climate, are TIGER 21 Members still adhering to the 2 per cent rule?
Largely, yes â because alongside that 2 per cent rule sits another number: 12 per cent â the average percentage of assets that the TIGER 21 community has allocated to cash, as reported by our TIGER 21 Quarterly Asset Allocation Report.

For the 15 years we have been tracking members' asset allocations, the allocation to cash has been the single steadiest number amongst our members. It's been so constant, that it's almost unfathomable. There have been a few times when this number has deviated very slightly, but the real story is this number's remarkable consistency.

The one recent exception occurred in March 2020, when the pandemic hit in the market. At the time, we conducted a dedicated poll to get a snapshot of members' portfolios as they stood in that moment, in contrast to our Asset Allocation Report, which captures asset allocations on a trailing 12-month basis. In March 2020, we saw a very brief cash spike reaching 19 per cent, but it snapped back relatively quickly. I would rely more on over 50 quarters of individual asset allocation reports than the single spike in 2020. The bottom line is that the 12 per cent, for whatever reason, is the consensus cash level that our community has centered on.

Keeping 12 per cent of your assets in cash while you're living on 2 per cent offers wealth preservers three advantages:

1.    It offers somewhere between five and six years of capital, which will allow most people to weather any predictable storm, at least as measured by historic trends.

2.    It prevents forced liquidations. Some of the worst investment decisions are those forced upon an investor because of cash considerations. Keeping 12 per cent of your assets in cash means never being in the position of having to sell something because of the need to raise cash. Instead, investors can make their decisions based on when their investments have reached their value â or when they think they no longer have value. Long-term returns in the public markets generally suggest 8 to 10 per cent returns. I have seen estimates that individual investors have earned roughly half that amount, and it is almost surely due to buying and selling at the wrong time. Some of those decisions were likely forced upon investors needing cash at the wrong time.

3.    It also gives investors the wherewithal to pounce on an opportunity if it comes up. Cash creates unique opportunities to acquire unique assets in unique times. Two of the greatest businesses I was involved in were acquired at times when other competitors were not able to jump in because they had problems of one sort or another. That created an opportunity for me to buy my first major portfolio of mortgages in 1991 during the height of the savings and loan crisis. Having the cash (and being willing to take the risk) was more important than anything else to buy those opportunities.

In the private investment company I lead, we're certainly not doing business as usual. We're growing cash. We're still looking at deals every day, but we've only made two or three investments this year that we're really excited about, as opposed to what would be a more normal five to 10 by now. For us to pull the trigger, we really have to love a deal in a way that's even stronger than in the past.

In other words, from my conversations with other members and investors, the sentiment I'm hearing is that the window is still open for investments â but it's a lot tougher to get through right now.

At certain times, cash makes all the difference in the world. For your clients interested in preserving their wealth for generations to come, the 2 per cent rule â along with a 12 per cent cash allocation â offers the ability to weather almost any storm. It also precludes untimely liquidations. Finally, in that rare occasion that a unique opportunity crosses the radar, having enough cash on hand opens the door for a potential win in unique times.

Michael W Sonnenfeldt is the Founder and Chairman of TIGER 21, the premier peer membership organization for high-net-worth wealth creators and preservers, and author of Think Bigger: And 39 Other Winning Strategies from Successful Entrepreneurs. He is a serial entrepreneur, philanthropist, and political thought leader.  Through his private investment company, MUUS & Company, he has holdings in alternative energy technologies.  In 1980, he led the Harborside Financial Center transformation in New Jersey, the largest US commercial renovation at the time.