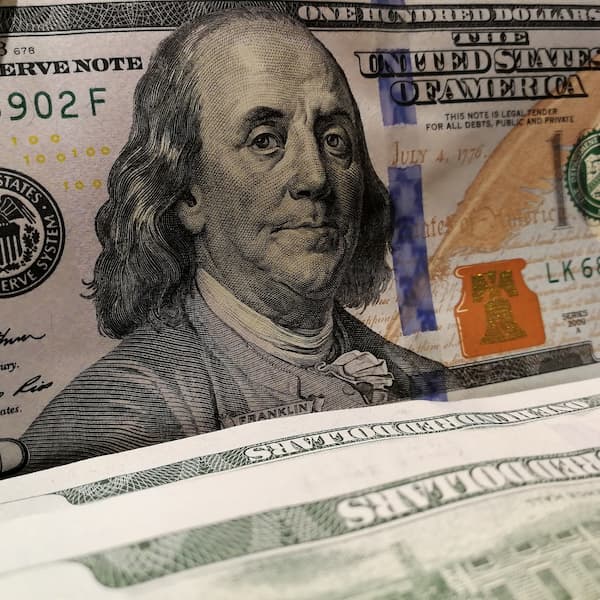 One of the big macro-economic debates that has run - even before the pandemic - has been around exactly when and how central banks will slow their quantitative easing programs, aka money printing.

The US Federal Reserve has said it is ready to start unwinding the stimulus program it set up to handle COVID-19 â as soon as November â and could hike rates in 2022 as inflation concerns swirl.

Even before the pandemic hit the US in early 2020, the central bank and many of its peers had pursued an ultra-loose monetary policy, buying government bonds and other assets to inject money into the economy, doing so more than 10 years after the financial crisis. The policy has pushed up equities, real estate and other assets, making the asset allocation task for wealth managers more difficult. The process partly explains why yield-hungry investors have piled into areas such as private equity, venture capital and forms of real estate.

The Federal Open Market Committee, which sets interest rate policy, indicated yesterday that it could begin to cut, or âtaper,â its $120 billion in monthly asset purchases soon as its next planned meeting at the start of November.

Gurpreet Gill, macro strategist, global fixed income, Goldman Sachs Asset Management.
With global supply chain disruptions worsening to a degree not foreseen back in June, and the further spread of the Delta variant, weaker growth and higher inflation weighed on the minds of Fed committee members. Its latest forecasts incorporated this downside growth and upside inflation surprise, with inflation expected to be 20 basis points higher in 2022 relative to June forecasts.

As we expected, the Fed gave advance notice that tapering is coming and paved the way for this to take place from November. Once tapering starts, we anticipate this will come to an end in the third quarter of 2022. While the committee anticipates raising interest rates sooner, this is associated with better growth and inflation forecasts and is therefore not an overly hawkish move. Given uncertainty around the health of the labor market and inflationary pressures, we would not be surprised if the âdot plotâ changes again in the coming months as the pace of the recovery and underlying inflation dynamics become clearer.

Anna Stupnytska, global economist, Fidelity International.
In a challenging week for financial markets, the Fed signaled in its September meeting that tapering of asset purchases âmay soon be warranted,â in line with expectations. All eyes now look to November as the most likely start date for the unwinding of extreme policy accommodation. At the press conference, Powell signaled that he expected tapering to conclude by the middle of next year, which is somewhat more hawkish than market expectations.

The dot plot signaled a moderately more hawkish tilt relative to its June version, suggesting two more FOMC members now favor an earlier lift-off in 2022 and the 2023 median dot has shifted up to 1 per cent. The Summary of Economic Projections showed a slower growth for 2021 but an upgrade for 2023, while the inflation path has been upgraded over the forecast horizon, with PCE inflation now expected to be above target through 2024.

With inflation pressures likely to prove more persistent and growth risks skewed to the downside over the next few months, the path for policy normalization looks narrow and challenging, with much room for policy missteps.

Silvia DallâAngelo, senior economist at the international business of Federated Hermes.
At the end of its meeting today the Federal Reserve confirmed that the process of pulling back policy support is due to start soon. The statement hinted at tapering starting by the end of this year, with a formal announcement likely to take place in November, provided the labor market delivers positive news and there is no other accident. The dot plot also showed that the median FOMC participant now expects the hiking cycle to start in 2022 â a few quarters earlier with respect to Juneâs projections â and to include 163bps of cumulative rate increases to the end of 2024.

That said, Fed Chair Powellâs press conference is likely to impart a dovish correction to an otherwise fairly hawkish message from the statement and the set of economic forecasts. Indeed, while âsubstantial progressâ in the labor market and inflation justifies a reduction in the pace of asset purchases starting later this year, the goal of maximum employment is still some way off and calls for monetary conditions to remain accommodative for some time to come. For these reasons, Powell will make sure that the distinction between tapering, the end of asset purchases and interest rate lift-off is clear. Indeed, Fed purchases will likely continue at a reduced pace for the best part of next year and the policy rate will likely remain low for a long time, with a slow hiking cycle following a late lift-off.

The Fed is on track for tapering toward the end of this year, but that might take place at an awkward time, as growth, inflation and fiscal stimulus are probably past their peaks, while risks surrounding the evolution of the pandemic have not disappeared. In addition, new risks concerning domestic political dynamics and international developments â most notably, turmoil in the Chinese property sector â have emerged. All these considerations will eventually determine the path for the removal of monetary policy support â a process that is likely to be drawn out and cautious.

Principal Global Investors.
The Fedâs message is tantalizingly vague. A moderation in the pace of bond buying coming soon doesnât clear up whether we are looking at November, December or even January for the start of tapering - but then does it really matter? The market is already pricing in tapering now and has promptly turned its attention to the date of eventual rate lift-off and the pace of rate hikes which, if anything, is a little more modest than markets had feared.

The press conference will be pored over for important details. Is there any additional caution creeping into Fed analysis of inflation? They have consistently retained a âtransitoryâ view, but with more companies voicing concerns about wages and households becoming increasingly weighed down by higher costs, the Fed will surely be watching these developments closely.

GUEST ARTICLE: Dodd-Frank, The Volcker Rule And What Might Happen Next