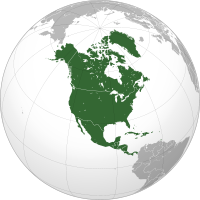 A country that seems so divided â even discounting for a heated election and a pandemic â starts to raise questions for global investors. Barings' chief strategist offers his thoughts on where a broader consensus is to be found. Many of the answers he says, are in the sorry state of America's middle class.

"With overwhelming numbers of voters believing that America should take a major or leading role in world affairs, a narrow focus on âAmerica Firstâ seems more like a course correction than a durable basis for policy," chief global strategist and head of the Barings Investment Institute Christopher Smart says in his latest note searching for assurances that the US is still a good investment bet. He draws on a new report by the Carnegie Endowment for International Peace, an organization that focuses on how to make US foreign policy work for Americaâs middle class as a good place to start re-engaging. The usual editorial disclaimers apply to guest content. Email tom.burroughes@wealthbriefing.com and jackie.bennion@clearviewpublishing.com.

As a bitter presidential campaign finds new ways to expose the dysfunction in America's political debate (including in the actual debates themselves), a nervous investor canât help but wonder how the country remains the leading destination for foreign direct investment, the home to the world's largest capital markets and the issuer of the global reserve currency. Uncertainty around President Trumpâs positive test for the coronavirus may dissipate in the days ahead, but it certainly doesnât help right now.

If investment is all about trust, what do pools of foreign capital see in the United States that is barely visible amid a campaign that has turned so personal and divisive? Sure, there are deep markets and resilient institutions, but how much can you trust a country that seems so uncertain about its role in the world? How predictable is an economy whose leaders canât agree on its commitment to promote global trade?

The answers reside in a better understanding of what lies beneath all the unhappiness and a path to frame the debate in a way that may draw broader support. It's easy to chalk up the recent political noise to the personality of one candidate or the other, but the division will remain regardless of who wins the election. Convincing answers should be broader, too.

First, the sorry state of Americaâs middle class is at the heart of what drives some parts of the Republican Party into a nativist crouch and many Democrats to embrace vast expansions of government intervention. Polls conducted even before the pandemic, when the economy was still going strong, showed that roughly two-thirds of respondents expected their children would be worse off financially. More troubling, while earnings for middle-income households grew by approximately 40 per cent between 1970 and 2000, they were up by only 10 per cent in the last two decades.

Since the Second World War, America's leaders of both parties have operated under the assumption that expansive engagement abroad was crucial to both the security and prosperity of their citizens. Once the Soviet Union collapsed, the benefits of more free and open global markets underpinned initiatives from securing access to Middle East oil to expanding Asian trade agreements. But the benefits of these herculean efforts have not been broadly shared.

To be sure, the industrial workforce has been shrinking in most developed economies due to global competition and improving technologies. Meanwhile, inequality has at least as much to do with tax policy, investment in education and weak trade unions as it does with trade talks. But American engagement in global affairs and commitment to open markets isnât sustainable if a large pool of its voters believe those policies have let them down.

Making US Foreign Policy Work Better for Americaâs Middle Class is a fresh report from the Carnegie Endowment for International Peace, which sponsored a bipartisan task force of former senior government officials (including your faithful scribe). Based on two years of case studies, interviews and internal debate, the task force recommends several paths to restoring a sustainable consensus for Americaâs engagement abroad.

Above all, it suggests reframing the debate around Americaâs economic policy beyond trade deals and those manufacturing jobs that have already gone. While communities across the country have lost to intense competition from China and other emerging markets, many middle class households prosper from brand new opportunities in services and advanced industry. In spite of what the politicians may say, Americans still overwhelmingly understand that trade supports economic growth.

Acknowledging that domestic policies can be far more important, the task force nevertheless argues for foreign policy that bends over backwards to ensure that the benefits of global financial and trade flows are shared better. This might include more muscular trade enforcement and a National Competitiveness Strategy that helps American firms of all sizes compete overseas.

By far, the best part of the project lies in detailed case studies of Ohio, Colorado and Nebraska, which provided fresh perspectives on just what Americans outside Washingtonâs Beltway think of the labors of those inside. These three very different states with very different economic concerns were refreshingly united by the common sense and decency of those interviewed.

âI think we need to do more to take a stand,â said one Nebraskan on rising trade tensions with China. âYou canât let them run you over.â Another agreed, but pointed out that âwe should focus more on developed markets â¦ and less on picking a fight with China.â

All this gives some hope for a fresh approach to American engagement in the world. With overwhelming numbers of voters believing that America should take a major or leading role in world affairs, a narrow focus on âAmerica Firstâ seems more like a course correction than a durable basis for policy. Yet a simple return to more traditional approaches that expand global market access while leaving many American communities unprotected from the economic dislocation wonât work either.

The path ahead lies not in slogans or overarching philosophies, but in common-sense approaches to urgent economic challenges that âpreserve the dynamism and benefits of trade opennessâ while boosting investments that âenhance US competitiveness, resilience, and equitable economic growth.â These include efforts to develop a more tech-savvy workforce, reinforcing Americaâs digital infrastructure, safeguarding critical supply chains and more.

Itâs hardly a complete answer to the challenge, but it may be a strategy that helps rally broader consensus around American engagement abroad and reassure foreign investors that they havenât made a wrong bet.